I discuss the many art exhibitions in museums.

'Painters in Paris' at Metropolitan Museum

An exhibition in 2000 showcasing artists working in Paris (1895-1950). I will discuss some of the artists whose work was shown. Namely, Picasso, Matisse, Rousseau, Modigliani, and Balthus.

From unintended accidents to deliberate acts of destroying works of art, vandalism is found even in the best of the world’s art museums.

Leonardo da Vinci is best known for his painting the 'Mona Lisa' but there is another portrait of a woman who is not as well known, even though she resides in the U.S - Genevra de' Benci.

John Updike’s book 'Always Looking' was written posthumously in 2012. Best known for his fiction and reviews, these 'Essays on Art' are an honest approach to art by an author I most admire. I’ll discuss the author himself and the art exhibits mentioned in the book.

Johannes Vermeer is probably one of the most venerated artists of all time. As 36 paintings are known to exist, I’ll discuss my impressions of the Vermeer exhibit in 1995-96, a contemporary artist influenced by the Dutch Master, and which of his paintings will never again be on tour.

Caravaggio ‘The Taking of Christ’ Exhibit 1999

‘The Taking of Christ’ was on loan to Boston College from Ireland in 1999. The Caravaggio painting was the basis for Jonathan Harr’s book, ‘The Lost Painting.’ I will discuss the controversy over the painting’s true identity, its provenance and my firsthand reactions.

Dale Chihuly studied at RISD and hails from the Pacific Northwest. His exhibit of uniquely handcrafted colored glass at the MFA Boston redefines the term ‘arts and crafts’.

Dale Chihuly is responsible for elevating the status of glassblowing from craft to an art form by creating installation and environmental art, using glass. I’ll discuss the amazing Chihuly exhibit at the MFA Boston in 2011.

I examine the contrast between Salvador Dali, Cy Twombly, and others, as they exhibit at the Philadelphia Museum of Art.

After seeing a recent exhibit of Damien Hirst, I discuss one of the most influential living artists and his controversial work.

An exhibition debuting at the Museum of Fine Arts, Boston highlights not only Edward Hopper´s iconic works, but also the lighthouses of southern Maine and other less familiar works.

Russian jeweler Peter Carl Faberge is best known for the Imperial Eggs he created for Czar Nicholas II. I discuss the exhibit "Faberge in America" that took place in 1996 at the Metropolitan Museum of Art in NY and the unparalled Faberge Easter Eggs.

In celebration of the art and architecture of the Guggenheim Museum's 50th anniversary, a current exhibition showcases 64 of Frank Lloyd Wright’s projects.

Best known for his military achievements, Napoleon I expanded the Louvre and redecorated his residence at the Tuileries Palace. I’ll explain why he chose bees to adorn his clothing and furnishings.

A Goya exhibit at the MFA Boston highlights paintings, drawings, and prints by the 19th c Spaniard. Also, American realist artist Jamie Wyeth exhibits some of his finest works. I’ll discuss my impressions from my visit.

With Steve Wynn´s Bellagio Gallery of Fine Art and the Guggenheim Hermitage Museum in Las Vegas, why travel abroad?

The late fashion designers Alexander McQueen & Elsa Schiaparelli were both inspired by works of art and artists. I'll discuss their 'artistic' designs.

Napoleon and Art of the Empire Style

An exhibit currently at the Museum of Fine Arts, Boston is 'Symbols of Power: Napoleon and the Art of the Empire Style 1800-1815'.

After a bid by Walmart heiress Alice Walton for $68 million, two Philadelphia museums have matched her bid and won the prized Eakins painting, 'The Gross Clinic.'

Phillips Collection ‘Made in USA’ Exhibit

The Phillips Collection in Washington DC opened in 1921. Thisctrove of American art spans the late 19th – 20th centuries. Showing not only Renoir’s 'Luncheon of Boating Party', recently acquired art can be seen alongside masters’ works.

Pablo Picasso may be best known for cubism in the history of modern art, but his early works are equally as impressive. I will discuss the period 1892-1906.

The Art of Assyria – Ancient Iraq

Assyria produced stone reliefs for the royal palace, carved ivory and bronze. This collection from the British Museum was exhibited at the MFA Boston 2008-2009.

After having arrived near closing time at the Phillips Collection, I was amazed at all the art I was able to see.

Two versions of Leonardo’s "Virgin of the Rocks" and his "Lady With the Ermine" are in the exhibit, "Leonardo da Vinci: Painter at the Court of Milan" at the National Gallery, London until February 2012.

Titian’s 'Rape of Europa' is part of the Isabella Stewart Gardner’s permanent collection. At the MFA Boston, view the temporary exhibition of Titian, Tintoretto, and Veronese.

After returning from a whirlwind weekend in NY - visiting six museums, I observed the reactions of the crowds (and friends at home) on the popularity or (obscurity) of certain artists. I’ll also discuss a new initiative: 'Art Everywhere' project – bringing art to the public.

Seventeen years after the 'Fabergé in America' exhibit, I was delighted to see a special Fabergé exhibit at the Peabody Essex Museum in Salem, MA from the collection of the Virginia Museum of Fine Arts. I’ll discuss my favorites from both exhibits. 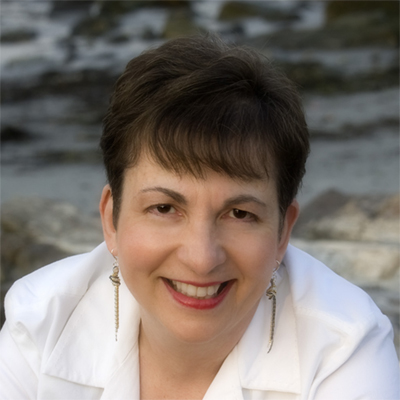 This is a place where those who enjoy art can discuss artists and various works.

The Laurel in Art

Oddities and Fun Facts of Artists